Tobacco use is the leading cause of preventable death and disease in the United States. In Hawai‘i alone, it claims 1,400 lives each year and creates $526 million in annual healthcare costs directly attributed to smoking. 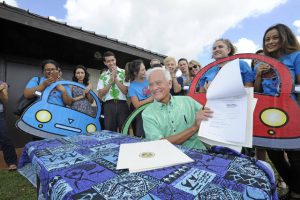 Most people who start smoking are younger than 18, and many begin tobacco use before high school. It is critical to provide tobacco prevention education to students in elementary through high school because impressions about tobacco use are formed and developed during this period. Read More >>

Promoting the quitting of tobacco use among adults and youth

Smokers who quit smoking before age 50 cut in half their risk of dying in the next 15 years. In addition, implementation of moderately-priced, effective smoking cessation interventions would more than pay for these interventions within 3 to 4 years through cost savings from reduced tobacco use.Read More >>

Secondhand smoke is a mixture of the smoke given off by the burning end of a cigarette, pipe, or cigar, and the smoke exhaled from the lungs of smokers. This mixture contains more than 7,000 substances, more than 40 of which are known to cause cancer in humans or animals and many of which are strong irritants. Read More >>