Protecting all people from exposure

Secondhand smoke is the smoke given off by the burning end of a tobacco product such as a cigarette, pipe, hookah, or cigar, and the smoke exhaled by someone who is smoking. Secondhand smoke contains more than 7,000 chemicals, hundreds of which are toxic and about 70 which cause cancer. Among these chemicals are formaldehyde, benzene, vinyl chloride, arsenic, ammonia, and hydrogen cyanide.

Although smoke-free policies have become more common in public places, more than 58 million nonsmokers in the United States are still exposed to secondhand smoke.

People who have the highest exposure to secondhand smoke include:

Thirdhand Smoke
Thirdhand smoke, or the leftover pollution after a cigarette is put out, reacts with other compounds to form new toxins that are re-emitted back into the air. Some of these newly formed pollutants can cause cancer. Residue from tobacco products adheres to surfaces in homes such as walls, ceilings or furniture also pose health risks to adults, infants and children who come in contact with them.

Secondhand Vape
Research on secondhand tobacco vape or aerosol shows that it contains high amounts of vaporized chemicals such as propylene glycol, vegetable glycerin, nicotine, and heavy metals. There’s emerging evidence that these aerosols may be as harmful as tobacco smoke, causing cardiovascular and respiratory diseases. 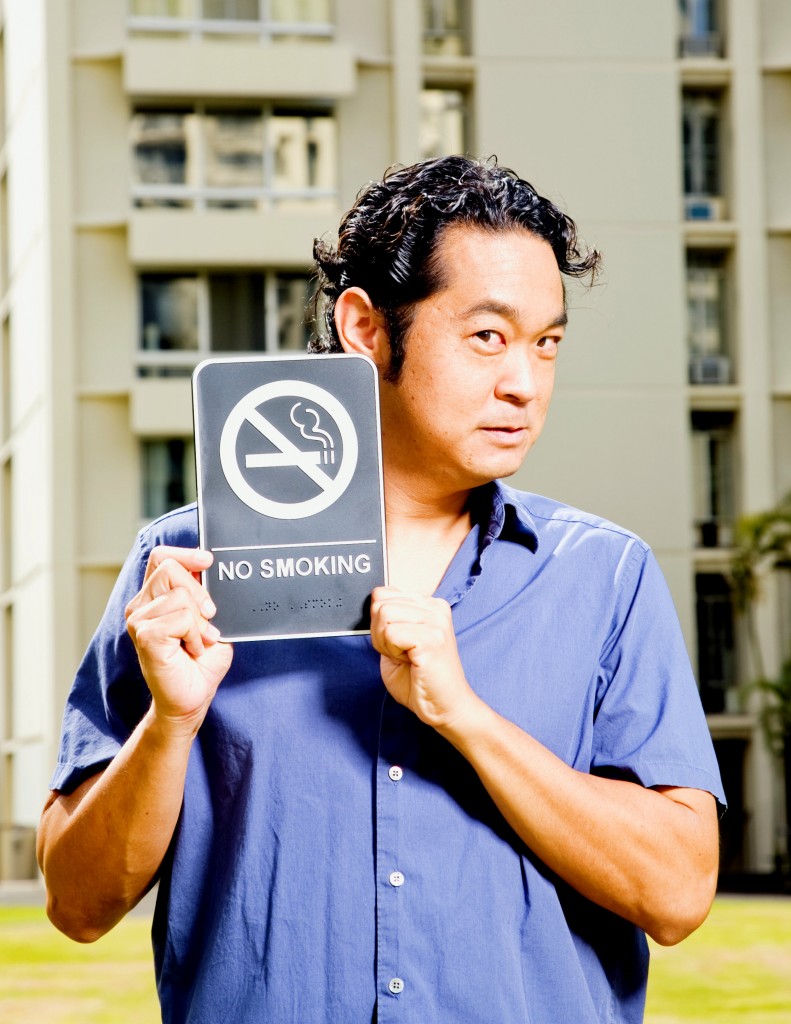 Housing
Substantial progress has been made in enacting policies to prohibit smoking and vaping in public places, however, homes remain a significant source of secondhand smoke exposure.

Forty-six percent of our state’s population live in multi-unit housing, well above the national average of 32%. In 2018, the U.S. Department of Housing and Urban Development mandated that public housing authorities adopt smoke-free policies in their properties. In Hawaiʻi, State law also prohibits smoking on all Hawai‘i Public Housing Authority (HPHA) properties and the Hawaii Housing Finance and Development Corporation requires all new housing projects built after 2015 to be smoke-free. Still, there is a large gap in smoke-free protections for multi-unit condominiums and other affordable housing properties in the State.

Education
The Tobacco Prevention and Control Section (TPC) supports and partners with other community agencies such as the Coalition for a Tobacco Free Hawai‘i in developing and disseminating educational campaigns to increase awareness of smoke-free laws and policies.