This disease is NOT reportable to the Department of Health.
See your physician if your condition requires medical attention.

Swimmer’s itch is a rash caused by an allergic reaction to certain microscopic parasites that infect birds and animals. These parasites are released from infected snails into fresh and salt water. The infection is found throughout the world and is more frequent during summer months.

The first symptoms can begin within a few minutes to days of exposure to the contaminated water.  First you may experience tingling, burning, or itching of the skin. Small reddish pimples appear within 12 hours. Pimples may develop into small blisters. Itching may last up to a week or more, but will go away gradually. Scratching the areas may result in secondary bacterial infection. Because swimmer’s itch is caused by allergic reaction, the more often you are exposed to contaminated water, the more intense and immediate symptoms of swimmer’s itch will be. 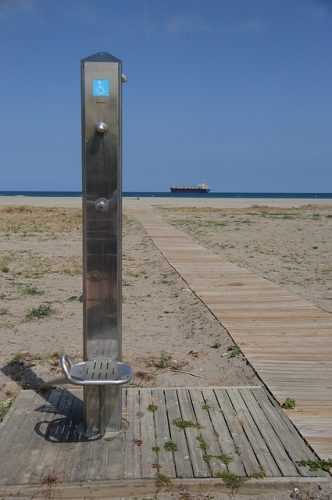 You get it by swimming or wading in waters contaminated with the parasite. The parasite larvae burrow into human skin and causes allergic reaction and rash. The risk of being infected is greater in shallow water by the shoreline with warm temperature. Although anyone can get swimmer’s itch, children are infected more often since they tend to swim, wade, and play in the shallow water more than adults. Also, they are less likely to towel dry themselves when leaving the water. Person-to-person spread does not occur, since these larvae cannot develop in a human and die soon. 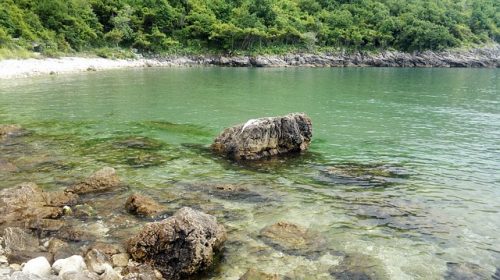 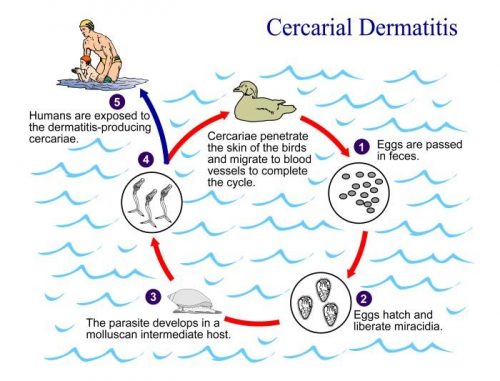 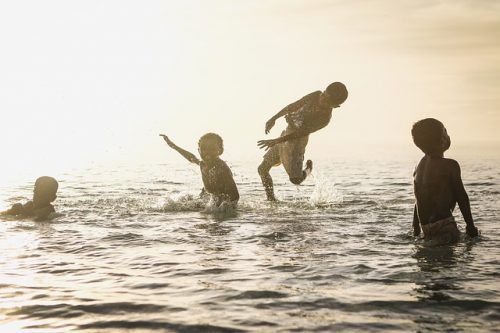 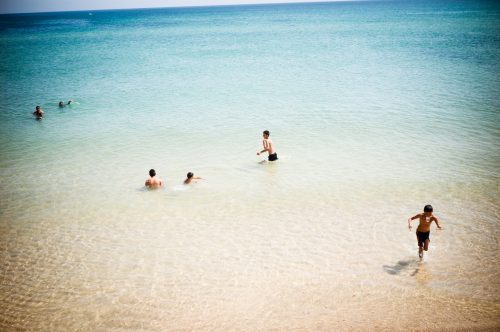 Diagnosing swimmer’s itch can be a challenge because the rash can resemble other skin problems, such as poison ivy. There are no specific tests to diagnose swimmer’s itch.

Most cases of swimmer’s itch do not require medical attention. If you have a rash, you may try the following for relief:

If itching is severe, your doctor may recommend a prescription medication. Although it is very difficult, try not to scratch. Scratching may cause the rash to become infected.

No immunity. You can repeatedly get swimmer itch if you are exposed to contaminated water.

Swimmer’s itch is not reportable in Hawaii, but it is known to be happening.

The allergic reaction to penetrating cercariae is self-limiting; signs and symptoms usually will resolve within 1–2 weeks. Minimal symptomatic treatment and good hygiene to prevent itching and secondary infections are usually sufficient treatment for most cases of cercarial dermatitis.