Noroviruses are a group of viruses that cause gastroenteritis. Viruses are very different from bacteria and parasites, some of which can cause illnesses similar to norovirus infection. Viruses are much smaller, are not affected by antibiotic treatment, and cannot grow outside of a host (animal or human). 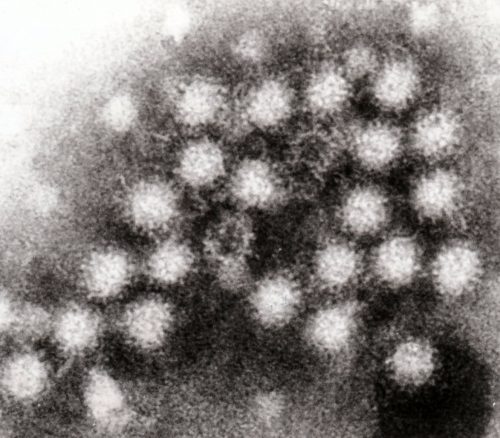 The symptoms of norovirus illness usually include nausea, vomiting, diarrhea, and stomach cramps. Some people may have a mild fever, chills, headache, muscle aches, and a general sense of tiredness. The illness often begins suddenly, and the infected person may feel very sick. The illness is usually short, with symptoms lasting only about 1 or 2 days. 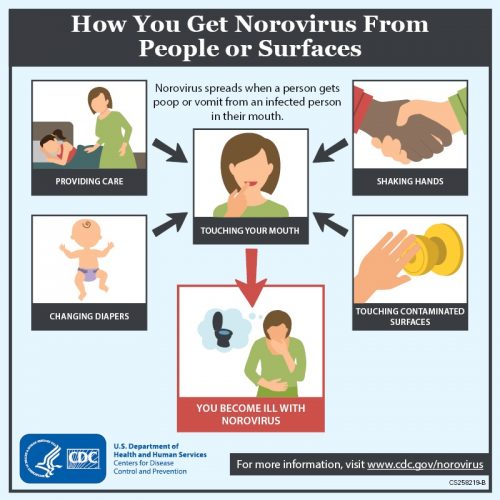 Due to the highly infectious nature of the virus, outbreaks of norovirus are possible, particularly in settings such as long term care facilities, schools, and cruise ships. Norovirus can also be found in shellfish, especially oysters and clams, or on produce that has been washed or irrigated with contaminated water. 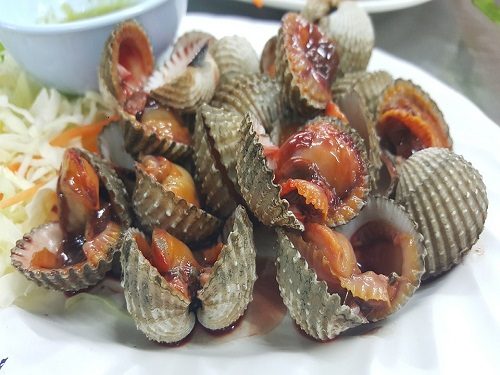 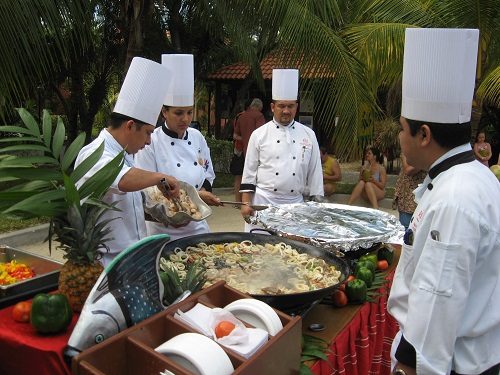 Your doctor can order tests to detect norovirus in stool. The tests are most accurate when performed within 2–3 days after onset of symptoms.

There is no medicine that works against norovirus and there is no vaccine to prevent infection. Severe diarrhea and/or vomiting over a long time may cause the body to lose fluid too quickly. Lost fluids should be replaced by drinking liquids such as fruit juices, soups, and special fluids called oral rehydration salts.

Norovirus is a common cause of gastrointestinal illness year-round, though it is more common during the winter months. While people of all ages are susceptible to infection, rates of infection in children under 5 are higher, and elderly people may be at risk for more severe illness.

CDC Short Video – How norovirus symptoms can come on suddenly

Norovirus is a ROUTINE/ENTERIC (enteric prevention priority) notifiable condition and must be reported by phone if the individual is a food handler, direct care provider, or pre-school aged child. Otherwise routine reports may be used. Laboratory confirmed cases and suspected outbreaks should be reported.