In January 2017, the Injury Prevention Advisory Committee honored Senator Suzanne Chun Oakland’s many contributions to injury prevention and especially to the safety of Hawaii’s keiki and kupuna.  Senator Chun Oakland  served Hawaii as  State Senator for over 26 years.  During her tenure, she never used her position for personal gain or let it get in the way of what needed to be done.  She helped establish the Keiki Caucus, the Kupuna Caucus, and Children and Youth Day.  She has been inspiring, unstoppable, and a role model as senator and community member.  Her work in suicide prevention was just one example to support what is best for the community.  Susie has been one of the strongest advocates for suicide prevention, supporting legislation to strengthen suicide prevention training and community efforts such as the  annual “Out of Darkness Walk” in September.  For last year’s walk, Susie showed up early to set up on the day of the Walk, helping to move tables and doing whatever needed to be done.  She is the recipient of the 2016 Safe Hawaii Award because of her special contributions to advancing injury prevention and her commitment to improving the health and safety of our community for Hawaii’s children and kupuna alike.

We would also like to thank the Rehabilitation Hospital of the Pacific for hosting this meeting. 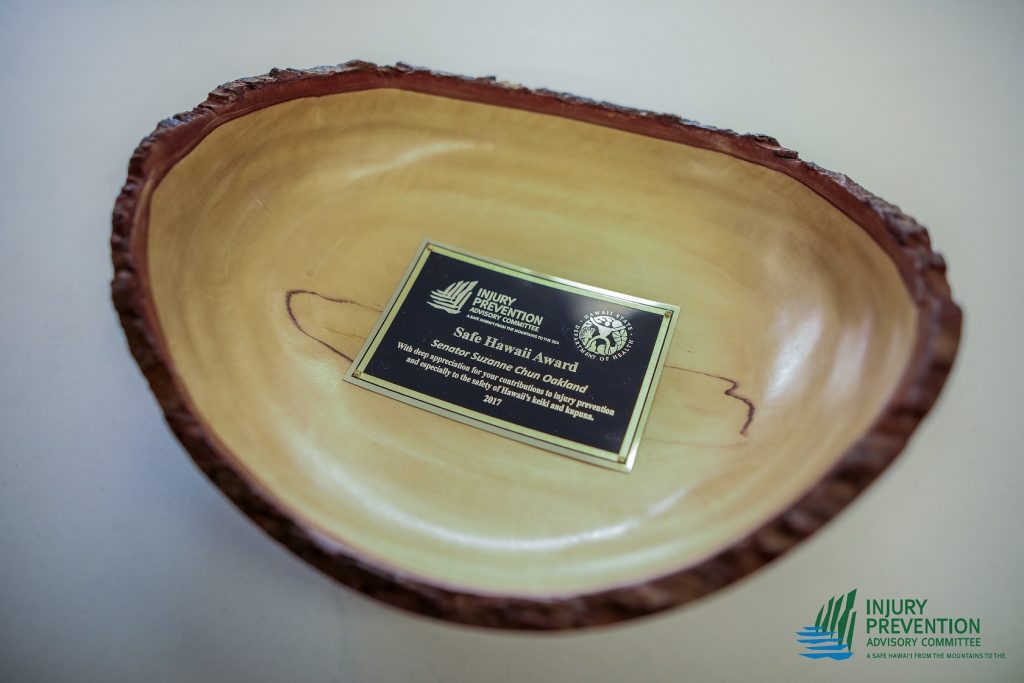