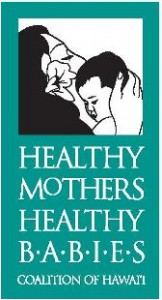 Fetal Alcohol Spectrum Disorders (FASD) is an umbrella term that describes the range of effects that can occur in a baby whose mother drank alcohol during pregnancy.  FASD may include physical, mental, behavioral, and/or learning disabilities with possible lifelong implications.

What Are the Effects of FASD?

The effects of FASD vary widely from person to person. For many people with an FASD, brain damage is the most serious effect. It may result in cognitive and behavior problems.[1]

Cognitive and behavior problems might include learning, memory, attention span, communication, vision or hearing, difficulties with math, judgment, and poor impulse control.  Individuals might have a mix of these problems.   Early identification and appropriate intervention/treatment improves an individual’s ability to succeed at home, school, work, and in social situations that may arise at different stages of their lives.

Different terms are used to describe FASDs, depending on the type of symptoms.[2]